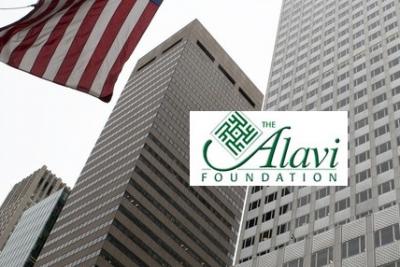 The Clarion Project recently exposed how an Iranian regime front based in New York donated to over 30 colleges and over 60 Islamic centers and organizations in North America. Like Sunni Islamists, the Shiite Iranian regime also finds interfaith engagement to be a worthwhile investment.

The data was found by combing the website and published financial reports of the Alavi Foundation, an alleged Iranian regime front. The Foundation’s offices were searched after evidence surfaced that it was sending money to a bank that is sanctioned by the U.S. because of its role in Iran’s nuclear program. U.S. government investigator said “the government of Iran really controlled everything about the foundation.”

One of the Alavi Foundation’s primary functions is to influence public opinion. U.S. officials said that it “promotes Tehran’s views on world affairs” and a prominent Iranian in California bluntly accuses it of being part of the regime’s “propaganda machine.” This should put the foundation’s donations in new light, especially when the money went to major power players like the William J. Clinton Foundation, which received $30,000 in 2005.

The Alavi Foundation is not a small operation. Its 2010 financial report states that the market value of all its assets was almost $125 million. To this day, the Alavi Foundation is accepting applications for grants from its “interfaith dialogue and religious pluralism” initiative. The page states that the organization has funded interfaith conferences at the Temple of Understanding in New York, Eastern Mennonite University in Virginia and Hartford Seminary in Connecticut.

Hartford Seminary, a theological college, was awarded $35,000 in September 2012; $47,000 in August 2011 and $17,500 in 2008. The International Institute of Islamic Thought (IIIT), a U.S. Muslim Brotherhood entity, also has a close relationship with Hartford University and donated over $1 million to endow a chair in Islamic Chaplaincy.

Eastern Mennonite University received $20,000 from the Alavi Foundation in 2010. The IIIT has also partnered with this Christian school. In August 2011, the director of the University’s Center for Interfaith Engagement attended an IIIT fundraiser.

The Iranian regime front also donated $5,000 to the Interfaith Center of Greater Philadelphia in 2009. Last month, we exposed how two colleagues of radical imam Siraj Wahhaj have had official positions in the Center. Wahhaj has restrained his rhetoric a bit since 9/11 out of necessity. In 2011, he advised Muslims not to discuss Sharia Law because “we aren’t there yet.”

The Interfaith Freedom Foundation in California and the Temple of Understanding in New York were each given $3,000 in 2005 and 2006, respectively. The Islamic Education Center of Maryland, owned by Alavi, held an interfaith event with Christians and Jews in April.

The Universal Muslim Association of America is a member of the Shoulder-to-Shoulder Campaign, an interfaith coalition allied with the Islamic Society of North America. U.S. Muslim Brotherhood documents identify ISNA as one of its fronts.

To be fair, it is not proven that each recipient knew of the Alavi Foundation’s background and that each one helped advance Iran’s viewpoint. For example, the Red Cross, the American Museum of Natural History and many charities have received large gifts.

However, the regime does not have money to spare and in each case, the Foundation decided that the contribution’s benefit justified its cost. The Foundation was originally established under the Shah in the 1970s, so this article only touches the surface of this influence operation.

A more direct interfaith partner of the Iranian regime is the American Friends Service Committee, a Quaker organization that supports the Boycott, Divestment and Sanction campaign against Israel. It was part of a Christian coalition that wrote a letter to Congress criticizing U.S. military aid to Israel. Fifteen Christian groups endorsed the letter, including American Baptist Churches USA, Presbyterian Church (USA), United Church of Christ, Evangelical Lutheran Church in America and the United Methodist Church Council of Bishops.

In 2006, American Friends Service Committee leader Mary Ellen McNish and about 45 other religious activists met with Iranian President Ahmadinejad in New York. Then in February 2007, she and a dozen other American religious leaders spent eight days in Iran and again met with Ahmadinejad. Meetings with Ahmadinejad were again held in New York in 2007 and 2008. The latter event was co-sponsored by the Mennonite Central Committee and also involved the World Council of Churches and Religions for Peace.

The American Friends Service Committee also filed an Amicus brief on behalf of the Holy Land Foundation, a U.S. Muslim Brotherhood entity shut down for financing Hamas. The organization also joined the lawsuit of Muhammad Salah as a co-plantiff. Salah was designated a “specially designated terrorist” by the Treasury Department for his Hamas ties until November 2012.

Every dollar and every moment spent by the Iranian regime courting foreigners deserves scrutiny. Any resource used in interfaith engagement is a resource that could have been used to advance the regime’s agenda another way. The Iranian regime wouldn’t be making these investments if it was dissatisfied with the results.

This article was sponsored by the Institute on Religion and Democracy. It originally appeared on Front Page Magazine and was reposted with permission.