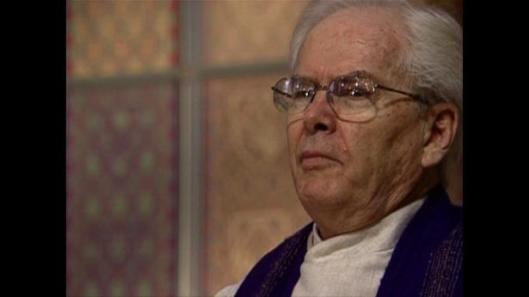 As part of its annual Outstanding Preacher series, the prominent Foundry United Methodist Church in Washington, D.C. invited former Presiding Bishop of the Methodist Church of South Africa Rev. Peter Storey to give a sermon on July 14. Foundry has a history of inviting liberal speakers for the series. Controversial Rev. Al Sharpton had been scheduled to preach this month but evidently cancelled. Sister Simone Campbell of “Nuns on the Bus” preaches on July 21. The church is a “reconciling” congregation that disagrees with United Methodism’s official disapproval of homosexual behavior.

Before Storey spoke, Foundry’s Senior Pastor, the Rev. Dean Snyder, spoke briefly about the George Zimmerman trial in Florida after a “not guilty” verdict was handed down the previous night.  Snyder led the congregation in a prayer to “end racism… and to create a society that’s safe for all children.”  Snyder gave thanks to the Trayvon Martin Foundation, the NAACP, and the Urban League while also asking God to “help us learn to look beyond our own particular privileges.”

After a “Modified Traditional” version of the Lord’s Prayer (“Our Mother/Father, who art in heaven…”), it was Storey’s time to speak.  Storey is best known for his decades-long fight against the South African government’s racist policy of apartheid.  In recent years he has taught at United Methodism’s Duke Divinity School in North Carolina, often making politically liberal statements.   He has also praised Occupy Wall Street and criticized patriotism towards the United States. But gay rights and tearing down walls of division were the focus of his sermon at Foundry.  Discrimination against gays, the former South African church official claimed, was the “last respectable discrimination” in society.  He mourned that “[a]s the law of this country changes, the Church will be the last oppressor of LGBT people.”

If there was any question about which sort of “oppression” Storey was referring to, he specifically praised the recent pro-gay marriage U.S. Supreme Court rulings. “[T]he gay couples on Capitol Hill…they were enduring victims of a cruel prejudice… All the way to the Supreme Court, they said ‘We will be heard!’”

Storey did of course end up mentioning the Trayvon Martin case. “It’s a troubling thing…” he remarked, “It revealed the addiction to racism that still exists in this country’s bloodstream.” Once again, the notion that racism was the root cause of the tragic incident, a theory neither the prosecution nor federal investigators advanced, went unquestioned.

But George Zimmerman wasn’t the only person to be accused of racism in the sermon, or even the most well-known. That distinction went to the Apostle Peter and, by extension, many others in the early church.  Storey preached that Peter was forced to address his own “racism” after his encounter with the Roman centurion Cornelius.  As the story is recounted in Acts chapter 10, a divine revelation leads Peter to baptize the Roman, after an initial reluctance to baptizing uncircumcised Gentiles.  As more and more Gentiles were baptized, it led to a division in the early Church.  The spreading of Christianity to the Gentiles, Storey noted, was opposed at the Council of Jerusalem by “diehards in the Church” who “continue[d]to fight for exclusion.”

Storey’s injection of racism into the story of the early Church’s division over the outreach to Gentiles is a flawed interpretation.  At the Council of Jerusalem, no one claimed that Gentiles should not be allowed to join the Church at all. Instead, one faction of Jewish Christians claimed the “Gentiles must be circumcised and required to keep the Law of Moses (Acts 15:5).”  Their opposition wasn’t to Gentiles joining the faith, but to Gentiles not being required to follow what had traditionally been God’s law. Their concern wasn’t entirely without merit; while the Council decided not to require Gentiles to be circumcised or to follow most dietary restrictions, Gentiles were ordered to “abstain from food polluted by idols, from sexual immorality, from the meat of strangled animals and from blood. (Acts 15:20)”

Storey’s faulty interpretation of the Council is the perfect parallel for his flawed views on today’s issues. Just as Storey could not read about Peter’s reluctance to baptize an uncircumcised Gentile without inferring bigotry and animus, he cannot confront opponents of gay marriage without projecting intolerance and an “addiction to division.”  In both these cases, doctrinal differences arose because of legitimate differences in opinion about God’s law, but Storey writes off one side of the debate entirely. Likewise, he finds it impossible to examine a contentious criminal case like the Trayvon Martin case without presuming a racial motivation. Ironically, in a sermon dedicated to a spirit of hospitality and inclusion, Storey failed to extend that spirit to his ideological opponents.