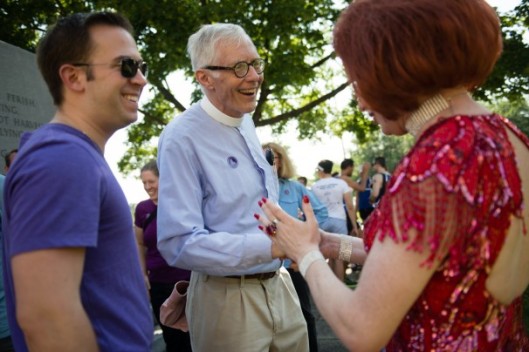 A recent decision by the U.S. Supreme Court “essentially gutted” the Voting Rights Act (VRA) and recalls the infamous Fugitive Slave Act of the 1850s, according to the dean of the Washington National Cathedral.

In a Sunday sermon celebrating recent Supreme Court decisions on same-sex marriage and lamenting a ruling on the Voting Rights Act, Dean Gary Hall sought to link the church’s public engagement with Jesus Christ’s turn towards Jerusalem in Luke Chapter 9.

Already thrusting the Cathedral into debates over firearms control and same-sex marriage, voting rights is just the latest in a string of politically charged issues championed by the activist Episcopal Church official.

Hall celebrated court marriage decisions overturning the Defense of Marriage Act (DOMA) and California’s Proposition 8 as “victories for all of us who support marriage equality for Lesbian, Gay, Bisexual and Transgendered people.”

“Those who had suffered so much discrimination savored a cultural and legal turning point in our shared march towards justice,” the Episcopal priest reported of a special Wednesday service for LGBT persons at the cathedral. Hall also noted “as we exalt in the joys of our lesbian and gay brothers and sisters, we must also weep with the pains and the losses of our brothers and sisters of color.”

“On Tuesday I found myself as dejected as I would find myself elated on Wednesday,” Hall told of the VRA and DOMA rulings. Recalling his own participation in the civil rights movement as a high school junior, Hall said it brought him into contact with Christian people and the life and ministry of the church.

Designating the VRA ruling “a filthy enactment,” Hall quoted Ralph Waldo Emerson’s declaration that he would not obey the Fugitive Slave Act, which required residents of Free states to return escaped slaves to the south.

Acknowledging his own record of political sermons, Hall insisted Sunday’s message from the pulpit wasn’t just “another instance of the Dean going all political on you” but was instrumental to following Jesus Christ.

“Jesus sets his face to go towards Jerusalem both literally and figuratively,” Hall pronounced of Luke chapter 9:51-62, in which Christ begins his journey towards the Jewish capital, the center of public life.

In going to the capital city, Jesus “is taking his critique to the heart of Roman and Jewish life,” Hall assessed. The cathedral dean termed the week’s events as “triumph and tragedy in our own capital.”

“We are a public church and public churches cannot be neutral where issues of justice are concerned,” Hall charged. Adding that Jesus went to Jerusalem “not out of anger but out of compassion,” Hall portrayed Jesus’ journey as one of solidarity “with and for those who are up against it.”

Declaring that God “loves and blesses and accepts everyone as they are,” Hall pronounced that “Jesus does not go to Jerusalem alone” and calls Christians to go with him.

“Therefore, following Jesus as he sets his face to go towards Jerusalem is part of what it means to be a Christian,” Hall interpreted. “If we are really following Jesus – and not just being personally pious in a private way – we try to care as much about the sufferings of people we don’t know as our own children, parents, spouses and friends. The only way you can care for people you don’t know is by establishing justice.”

In a call to the U.S. Congress “to rebuild what the court has taken away,” Hall insisted that Christianity has never been about only private suffering or personal joy, but rather about public social struggles. The cathedral dean asserted that Christians experience persecution “because they dare to make their private compassion a public virtue.”

“Today we both rejoice and lament,” Hall concluded. “Tomorrow we take up again the work again of standing with Jesus and God for those Jerusalem and Washington would oppress.”

Update: Full text of Hall’s sermon has been made available by the Washington National Cathedral. Access it by clicking here. 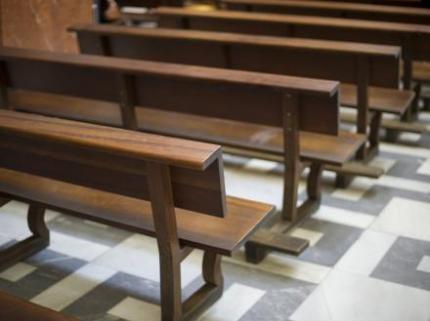 A new Pew Research Center study of America’s evolving religious demographic asserts that nearly 20 percent of Americans are now religiously unaffiliated, while historically dominant Protestants are now under 50 percent. The headlines have understandably cited the study as proof of America’s secularization.

The truth is probably more complicated, more interesting, and a little less disturbing to religious America. Two-thirds of the religiously unaffiliated still believe in God, and 20 percent of them pray daily. A significant minority among them even regularly attend formal worship. Atheists and agnostics, although purportedly growing in numbers, still number only 6 percent of the total population. Over 90 percent of Americans say they believe in God. Seventy-six percent of Americans according to Pew say prayer is very important, the same who said so 25 years ago. Seventy-six percent of Americans, including most unaffiliated, believe churches and religion strengthen morality. Nearly 60 percent say…