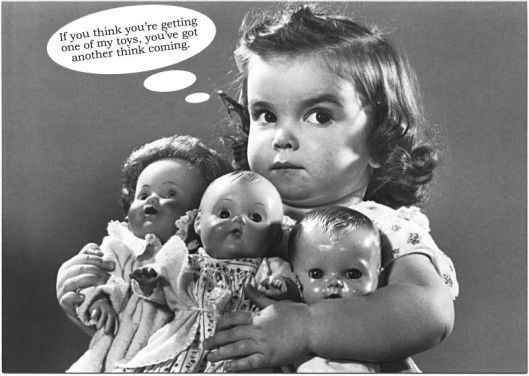 Since the election, there have been numerous articles tolling the bell for the death of Christianity’s relevancy in the political sphere, as well as a continuing discussion over the future of Christian political activism. These claims seem to have a point: gay marriage was passed in three states, physician- assisted suicide met a narrow defeat in Massachusetts, and the President was largely supported by Catholics, even given the controversy between the President and the United States Conference of Catholic Bishops over the HHS mandate and its effects on Catholic organizations.

Looking back at the discourse of the past month, I can’t help but wonder if – given the current dialogue- the alignment of traditional Christians with the goals of political parties- particularly the Republican party, will doom any attempt at salvaging a society that values human dignity, the family, and authentic justice. This is not necessarily because the goal of promoting the traditional family or preserving the institution of marriage is an unworthy cause, nor because our culture is too “lost” or depraved to understand the Gospel, but because both parties’ individualist foundations undermine a Christian understanding of the world. While cooperation with political parties is necessary to achieve certain ends, Christians must distance themselves from the heresies of Americanism and radical individualism that infect both parties. Radical individualism undermines the communitarian and cooperative nature of the Church, has given rise to the sexual and social revolutions that have gotten us into this mess, and it won’t get us out of it.

At the core of Christian social teaching- on sex, on economics, on justice, on poverty- is a theory of solidarity with all men- particularly with the weakest and the marginalized who have no one to turn to. Yes we have personal relationships with Christ, sin is an individual action and we are judged as separate persons. However, Christianity is fundamentally a communitarian faith: with the support of the family and the Church, we come together as parts of a body in pursuit of Christ.

Individualism, however, destroys this body. Its isolationism and self-interest sends a message that the individual’s actions do not concern anyone else, and furthermore, that the individual has few-if any- obligations to others. The apologists for modernism preach that so long as one does not directly and significantly impede the ability of others to pursue their own desires, nearly all things are permissible- even at the expense of the community. This divorce of man from community reduces morality to the pursuit of one’s personal pleasure, rather than what is good, and transforms politics into a tool for supporting individual prerogatives. In short: individualism breeds moral relativism and gives public license to nearly all self-centered initiatives.

Gone is an idea that Christ is the vine, and we are the branches; annihilated is the idea that we grow in our own ways and towards our own goals, but we fundamentally are part of the same body. Instead, this view creates a society of princes, lording over their own self-designed kingdom – and anyone who suggests otherwise is a tyrant seeking to impose himself upon others.

It is this rhetoric and set of assumptions that underlies the core of the both the  Republican and Democratic Party platforms today, and, as hinted by R. Reno in First Things,  if this message does not change, then it will undermine the conservative philosophy that it masquerades as, not to mention orthodox Christian beliefs.

If Christians who hold traditional beliefs on sexual morality and the family wish to have those positions respected within political society, they must embrace a conversation and tone that values the role of solidarity; We need to reclaim the the value of the Church, of a community bound together, within public life. Yes, the Christian is called to reject hedonism and turn society back from a sexual libertinism that threatens to undermine the most fundamental community- the family. However, this will not be accomplished should Christians clinging blindly to language of “free enterprise” without solidarity, should Christians continue to use and promote philosophies that divorce our individual actions from the common good of society.

Maybe President Obama’s much-maligned “gaffe” was a rare insight of wisdom that the political right should have taken more seriously. After all, a Christian knows that “you didn’t build that”- you can’t build anything on your own. We are dependent not only on our works and effort, but on God’s grace and also the support of His body, the Church. If Christianity is to survive in the public square, we must not only live lives of virtue and charity among our communities, but also reclaim this language of solidarity and genuine community in the public sphere.

The most prominent evangelical clergy to speak and pray at this week’s Republican Convention in Tampa was National Hispanic Christian Leadership Conference President Sammy Rodriguez, the most politically prominent spokesman for evangelical Hispanics.

Rodriguez has pressed for liberalized immigration while sometimes leaning left on economic issues. Earlier this year he cancelled a scheduled appearance at a controversial “Christ at the Checkpoint” event because of its anti-Israel themes. Recently he has been condemned by liberals for opposing abortion and defending traditional marriage.

Awesome and amazing God, we give you praise and declare that where Your Spirit is present there is liberty. We understand that in the midst of moral relativism and spiritual apathy, what America needs most is a fresh outpouring of God’s Holy Spirit.

Let His Spirit move us, from Tampa to Tucson, from Washington state to Washington DC, not the spirit of truth sacrificed on the altar of political expediency, but the reductive truth that sets us free, reconciling sanctification with service, holiness with humility, the image of God with the habits of Christ, righteousness with justice and Billy Graham`s message with Martin Luther King’s dream, a dream expressed so eloquently by him on the steps of the Lincoln memorial on this very day nearly 50 years ago.

Let your spirit move us, reminding that our nation stands upon a simple principle, God over man and man over government. Then together we can declare, that it is not by might nor by power, but by rights granted by You that we are one nation under God.

God, let your Spirit protect those touched by the storm called Isaac. They are looking to you for guidance, hope and compassion at a time they are vulnerable and seeking your strength.

Are you a young evangelical who is tired of the “culture wars?” Are you the son of a famous Evangelical leader often associated with the Religious Right? Are you looking to write a article or blog about how “your generation” is abandoning partisanship and especially any connection to the Religious Right or the Republican Party?  Here is a simple Style Guide that will help you effectively make your case.

1.  Start your introductory paragraph stating how young Evangelicals are abandoning the partisan politics of the Religious Right. It is best to describe how the Religious Right has been largely unsuccessful and how it has hurt the image of the Christians in general. In no way can you allow your affinity for the Religious Left to be exposed. Therefore, always claim to be “Kingdom centered”.

2.  Explain how Evangelicals have finally moved beyond the bloody battles over abortion and homosexuality. If you can’t find a picture of abortion clinic protestors holding signs of an aborted fetus or, better yet, a pack of folks from Westboro Baptist Church with signs stating God’s hatred for gay people you can use a picture of people praying.

Contrast all of those old Evangelicals by explaining how new Evangelicals are now moving on to more enlightened and important issues like global warming (creation care), immigration (DREAM Act), and supporting government poverty programs (Circle of Protection). The reader must be persuaded to ignore the issues being embraced by the young Evangelicals are the same issues the mainstream media, Jon Stewart, and the Democratic Party think are important too.

3.  Use outdated stats from Pew or Barna to prove the sad state of affairs facing Republicans because their decline Evangelical support base. Pew Research Center has some really great data showing that from 2001 to 2007 support for the GOP among young evangelicals declined by 15% over that time period. Do not use the newer Pew study that found 82% of young white evangelical registered voters favor the GOP.

4.  Attack James Dobson, Tony Perkins, Richard Land or any other Christian leader who has actually taken a stand on an important cultural issue that can be associated with the Religious Right. Be sure to ignore Jesus’ words from the Sermon on the Mount, which you have no doubt memorized, “Blessed are you when people insult you, persecute you, and falsely say all kinds of evil against you because of me.”

5.  Conclude by describing how this new and improved non-confrontational non-affiliated, non-committed version of Evangelicalism will save the Church.

You can do all this, or simply read Jonathan Merritt’s column in USA Today.