The Islamic Society of North America (ISNA), a group with Muslim Brotherhood origins and an unindicted co-conspirator in the Holy Land Foundation terror-financing trial, recently toured the White House and met with multiple officials. According to the group, Paul Monteiro, Associate Director of the Office of Public Engagement, “cited ISNA as his primary means of outreach to the American Muslim community.”

The Obama administration’s close relationship with ISNA is about more than photo ops and press releases. It is about policy formulation. The input of ISNA is so treasured that the officials coached the organization on how to engage the White House.

On March 8, ISNA President Mohamed Magid joined 10 other religious leaders in a 90-minute conversation with President Obama about immigration reform. Also present was senior White House adviser Valerie Jarrett, who spoke at ISNA’s 2009 convention. Three days later, Magid took part in a meeting with President Obama where he got “recommendations” in preparation for his Middle East trip, including some from groups with a history of defending Hezbollah.

“Over the past two years, I-along with my White House colleagues-have benefited from the advice of many of your [Magid’s] organizations through our Office of Public Engagement,” said Deputy National Security Adviser Denis McDonough on March 6, 2011 during a speech at the mosque that Magid leads.

ISNA’s White House tour included spending time with George Selim, the White House Director for Community Partnerships, who is an annual speaker at ISNA’s conventions. Selim previously admitted that “hundreds” of meetings have taken place between government officials and the Council on American-Islamic Relations, another group with Brotherhood origins that was designated an unindicted co-conspirator.

The U.S. government stated that ISNA is a U.S. Muslim Brotherhood entity when it designated it as an unindicted co-conspirator in the trial of the Holy Land Foundation. A federal judge upheld  the designation in 2009 because of “ample” evidence linking ISNA to Hamas. A 1991 U.S. Muslim Brotherhood memo lists ISNA and several of its components among “our organizations and the organizations of our friends,” and a 1988 document says it is part of the Brotherhood “apparatus.”

The FBI had sources inside the U.S. Brotherhood network reporting that ISNA was a front as early as 1987. The source traveled on behalf of ISNA and allied groups and he told the FBI that he is “convinced that this organization has a secret agenda which includes the spread of the Islamic Revolution to all non-Islamic governments in the world which does include the United States.”

The source provided a secret ISNA document in 1988 that “clearly states that ISNA has a political goal to exert influence on political decision making and legislation in North America that is contrary to their certification in their not-for-profit tax returns,” says a declassified FBI memo.

ISNA’s White House tour was part of its Founders Committee meeting. Even if it were true that newer moderate leaders have made ISNA evolve, this event wasn’t about them. It was about those who established it as a Muslim Brotherhood front and it still was warmly received by the White House.

A 2009 Hudson Institute study concluded that “All but one of the individuals on the ISNA founding documents remain active either in ISNA or one of its affiliated organizations,” undermining the position that the ISNA of today is different than the original ISNA.

A good example is Sayyid Syeed. He is an ISNA founder and served as its secretary-general from 1994 to 2006. He was recorded in 2006 stating “our job is to change the constitution of America,” as seen in the Grand Deception documentary. Now, he is ISNA’s point man for interfaith engagement, efforts it often showcases as proof of its moderation. He even spoke at the National Prayer Breakfast in front of 100 evangelical leaders.

As the declassified FBI memos from the 1980s warned, ISNA is using its position as a representative of the Muslim-American community to influence policies and that includes those related to national security.

The outcry over the content of counter-terrorism training materials offered ISNA another opportunity. On February 8, 2012, ISNA and its allies met with the director of the FBI to discuss the review of the training. Afterwards, the FBI said it would consider forming an advisory panel with the meeting participants to help cleanse the training.

Instead of working with anti-Islamist Muslim groups like the American Islamic Leadership Coalition or the LibForAll Foundation, the Obama administration is embracing the larger Muslim Brotherhood legacy groups. The way to engage in the Muslim-American community is by discrediting the Islamist theme, not by giving a platform to those broadcasting it.

This blog post originally appeared as article on the FrontPage website. Did you like this article? Visit our website to learn more about our religious liberty program and how you can support our work! 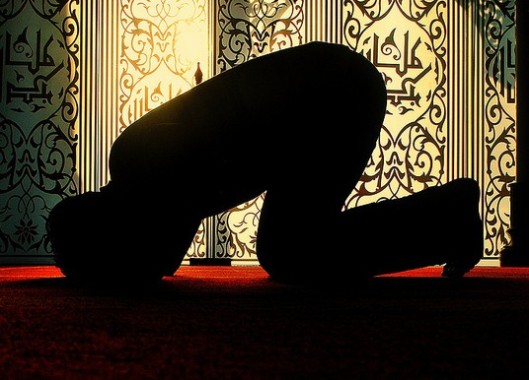 The Islamic Society of North America (ISNA), a group with Muslim Brotherhood origins, is again using its interfaith allies to accuse its opponents of being part of an anti-Muslim conspiracy. On January 15, the First Congregational United Church of Christ in Washington D.C. hosted an event about the “Islamophobia Network” that was sponsored by ISNA.

Laser focused on the report, “Fear Inc.: The Roots of the Islamophobia Network” that dismisses concern about the U.S. Muslim Brotherhood as anti-Muslim propaganda. The article about the event on ISNA’s website quotes an unnamed participant as expressing their surprise at “how few powerful organizations or people are behind an intentional anti-Muslim campaign.”

For ISNA and its allies, any action against the U.S. Muslim Brotherhood network in America is “Islamophobia.” In 2004, Magid reacted to counter-terrorism raids by accusing elements of the U.S. government of being “intent on dismantling Muslim organizations and bringing them down.”

An interfaith group called Shoulder to Shoulder organized the church event. The group includes ISNA as a member, and Magid is a member of its executive committee. This is the same interfaith coalition that wrote a letter in March 2012 protesting the NYPD’s use of the anti-Islamist film, The Third Jihad, saying it is “bigoted propaganda.” The film, which is narrated by a devout Muslim, educates viewers about the Muslim Brotherhood origins of ISNA and similar groups.

ISNA and its interfaith allies make it sound like the “Islamophobes” make up accusations out of thin air. In reality, their critics rely upon verifiable open-source information, the U.S. Muslim Brotherhood’s own documents and the statements of the federal government.

Though ISNA says it is “not now nor has it ever been subject to the control of” the Muslim Brotherhood, the U.S. government listed it in 2007 among entities “who are and/or were members of the U.S. Muslim Brotherhood” in the trial of the Holy Land Foundation. In 2009, a federal judge ruled that there was “ample” evidence tying ISNA to Hamas to justify its designation as an unindicted co-conspirator in the Holy Land trial.

Internal U.S. Muslim Brotherhood documents agree with the government’s position on ISNA. A 1991 memo lists ISNA as one of “our organizations and the organizations of our friends.” It also lists the ISNA Fiqh Committee and ISNA Political Awareness Committee, as well as several other groups that ISNA callsits “constituent organizations” on its website. The memo says that the Brotherhood’s “work in America is a kind of grand jihad in eliminating and destroying the Western civilization from within.”

Declassified FBI memos show that ISNA and its related groups were identified as Brotherhood fronts as far back as 1987. A confidential source inside the U.S. Brotherhood network told the FBI that the groups have a “secret agenda which includes the spread of the Islamic Revolution to all non-Islamic governments in the world which does include the U.S.”

In 1993, the FBI wiretapped a secret U.S. Muslim Brotherhood meeting in Philadelphia where the participants discussed using ISNA as a cover. It is true this information is from about two decades ago, but there has been no cleansing of Islamist personnel. In fact, a 2009 Hudson Institute studyconcluded, “All but one of the individuals listed on the ISNA founding documents remain active either in ISNA or one of its affiliated organizations.”

One such individual is Sayyid Syeed. He is a founder of ISNA and served as its secretary-general from 1994 o 2006. A new documentary includes footage of him saying in 2006 that “our job is to change the constitution of America.” He is now the national director of ISNA’s Office of Interfaith Relations.

Syeed and Magid endorsed a message from the National Interreligious Leadership Initiative for Peace in the Middle East urging the U.S. to push harder for a two-state solution that “provides for a secure and recognized Israel.” The backgrounds of ISNA and other Islamist endorsers of the message, however, contradict this message.

The Muslim Brotherhood, from which ISNA came, is dedicated to Israel’s elimination. Another endorser is Imam Rauf of Ground Zero Mosque fame. Though he came out swinging against the Brotherhood’s power grab in Egypt, hespoke in favor of a “one-state solution” in 2005 and has predicted Israel’s ultimate demise.

Another endorser is the leader of the Islamic Circle of North America, a group whose origins lie with the Pakistani Islamist group, Jamaat-e-Islami. ICNA has an interfaith campaign of its own. Like ISNA, ICNA is listed in the 1991 U.S. Muslim Brotherhood memo as one of its affiliates.

The Islamic Center of America’s Interfaith Office for Outreach also endorsed the Middle East peace message. The mosque is led by Imam Hassan Qazwini, who has hosted Louis Farrakhan and held a memorial for Mohammed Hussein Fadlallah, considered a spiritual leader of Hezbollah, when he died in 2010. Fadlallah supported suicide bombings and the elimination of Israel and questioned the Holocaust. Qazwini has boasted that Fadlallah “considered me his son” and the two met whenever he traveled to Lebanon.

For groups like ISNA, interfaith engagement is about more than healthy relationships between Muslims and non-Muslims. It is political coalition-building designed to undermine support for Israel and legitimize the Brotherhood-originated groups while delegitimizing their opposition.

Did you like this article? Visit the Institute on Religion and Democracy website to learn more about our programs. 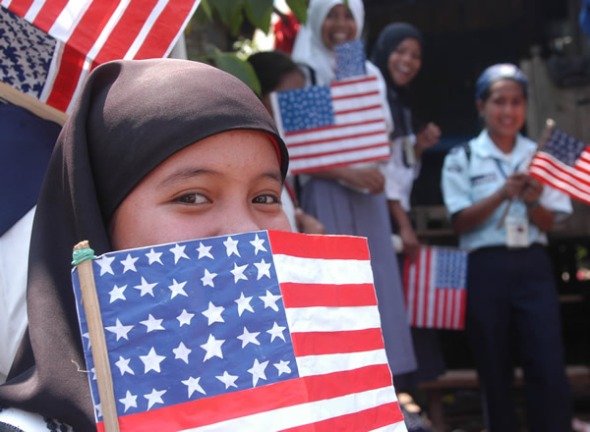 The conflict of adhering to and advancing traditional Islam in the highly liberal and modern societies of the West, including modern America, was apparent at the 2012 conference of the Islamic Society of North America (ISNA), which had the theme “One Nation Under God: Striving for the Common Good.” Founded in 1981 by Muslim Brotherhood members, and investigated at times for terrorist connections, it positions itself as a “unifying” Islamic organization for North American Muslims, advancing an orthodox Sunni Islam while deeply engaged in interfaith activities. Its annual conventions are open to all, and endeavor to address issues of living as Muslims in America and presenting a positive image to the wider society.