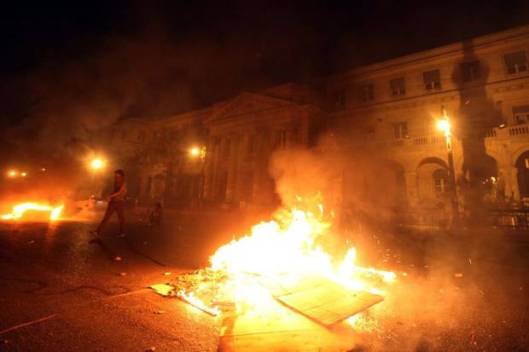 In the preface to his most recent book, Spring Fever: The Illusion of Islamic Democracy, former federal prosecutor Andrew C. McCarthy writes that Muslim Brotherhood leader Mohamed Morsi’s election “has converted Egypt from a military dictatorship to a sharia dictatorship.” This, he continues, “is the end to which ‘Islamic democracy’ leads.”The persecution and oppression of the Copts and other Egyptian Christians is ongoing proof of the truth of McCarthy’s declaration. The Arab “Spring” is not “the triumph of freedom,” but the “ascendancy of Islamic supremacism.”

A few days before the Muslim Brotherhood leader’s election, he spoke to his followers on television ensuring them that Egypt’s new constitution “would reflect true sharia.” Islamic supremacists believe that they now have not only a moral obligation to wage jihad against Egypt’s indigenous Christian population, but they have legal carte blanche, as well.

The latest series of attacks on Christians in Egypt began on Friday (naturally), April 5, with what Nina Shea in her National Review article on the subject describes as a “pogrom.” A breaking news report from Mideast Christian News Service (MCN) on April 5 revealed that a Salafist attack on St. George Church in El-Khosos City, northeast Cairo district, was spurred by a clash between Christian and Muslim families in the district. The attack ultimately resulted in the death of six Christians.

MCN interviewed Father Surial Younan, the parish priest of St. George’s Church, on April 10. Father Younan revealed that over 2,000 bullets were shot at the Copts. Four Christians died on the scene, shot in the head, heart, and face. He blamed “Islamic religious rhetoric” for incitement against the Christians. The priest said that “a sheikh called on Muslims to carry out jihad to cleanse the Earth and the country of the impure (implying Copts).” The Brotherhood and the Salafists have both promised to “calm the fanatics and extremists down,” he continued. But nothing has been done.

The brother of a fifth victim of the Islamists corroborates Younan’s claims regarding Islamist rhetoric. Kyrillos Makram, 17, told MCN in an interview on April 10 how an extremist in the local mosque had declared that every Muslim should go out “with a weapon, and whoever meets a Christian person, kill him without hesitation.”

Kyrillos and his brother Daoud Makram Daoud, 34, were travelling to another brother’s house in El-Khosos on Saturday when they were stopped by four militants who demanded Daoud’s name. “They searched for the cross on his hand using a flashlight, and when they found the cross on his hand, they stabbed him in his heart,” Kyrillos said. “They dragged him about two meters and then left him in his last throes, took my money and left,” he told MCN. On April 10 MCN reported that a sixth victim, Hilal Saber Hilal, succumbed to burns he received during the El-Khosos attack.

Islamists attacked again on Sunday evening, April 7, during the funeral of the four Copts that were shot and killed in El-Khosos at the historic St. Mark’s Cathedral in Cairo. An April 8 statement from Egyptians Against Religious Discrimination (MARED) reported by MCN said that “Attackers assaulted the headquarters of the cathedral of St. Mark in Abbassiyaj (Cairo) with stones and birdshots under the protection of the interior ministry forces.”

A witness told MCN that the security forces were protecting “the aggressors” who “were sheltering” behind them. Another witness added that “The security forces didn’t only sit back and watch the Copts being assaulted” with stones and birdshot, but that they “even fired tear gas at Copts inside the cathedral and are not preventing the attacks coming from outside.”

MCN discovered that police forces used more than eight tear gas canisters, four of which landed inside and on top of the papal residence of Coptic Orthodox Pope Tawadrow II. Other tear gas canisters landed in the cathedral’s front yard. The Assyrian International News Agency (AINA) provided video of Muslim youths firing on the Copts from rooftops and of street fighting and the burning of houses near the Cathedral. AINA reported that one Christian, Mahrous Hanna Ibrahim, died from gunshot wounds to the head and neck, and that 23 others were injured in the attack.

Pope Tawadros “strongly accused the Egyptian regime and security forces for failing to prevent the sectarian incidents of El-Khosos and St. Mark’s Cathedral,” MCN reported. He noted that this is the first time in Egypt’s history that the Coptic Orthodox Church’s headquarters has been assaulted in this manner.

President Morsi expressed his condolences to Pope Tawadros and to the Copts of Egypt and promised that the government would protect them in the future. His Holiness has responded that “while he appreciates the sentiments shown by the government, the president, and all Muslims. . .  these alone do not suffice in such matters.” He demanded that swift actions be taken to protect the Christian community. Only action to prevent future such egregious attacks will demonstrate that Morsi and the Muslim Brotherhood truly disapprove of the jihad being waged against Egypt’s Christian citizens. 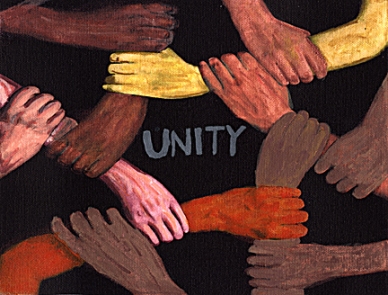 Genocide in Sudan is one of those issues that brings together strange bedfellows. Groups that don’t agree on much else can come together to oppose the deliberate starvation of innocent civilians by their own government and to urge international action. In fact, if any issue has forced the reluctant to see the truth about violent Islamic supremacism around the world, it is Sudan. That’s because it really isn’t an “issue.” It’s people.

Last Friday, 123 organizations, including The Institute on Religion and Democracy, the Presbyterian Church (U.S.A.) Office of Public Witness, and the United Methodist Church’s General Board of Church and Society, sent a letter to the United Nations Security Council (UNSC), urging that it address the humanitarian crisis in Sudan caused by the Government of Sudan. Act for Sudan, an alliance of advocacy and groups and individual activists of which IRD is a founding member, was also a signatory.

Like IRD, the Washington offices of both the United Methodist Church and the Presbyterian Church (U.S.A.) have had direct contact with the people of Sudan. We have all heard the testimony of those who have lived under attack of all their lives from their own government, those who have had countless family members and friends die, and those whose land has been stolen and children enslaved because of the color of their skin. And at this moment in time, we have all heard the reports of those whose people in the Nuba Mountains of South Kordofan and in Blue Nile State are being killed and deliberately starved to death by the Islamist regime of Omar al Bashir, the ICC-indicted war criminal.

In addition, we have seen the failure of the Obama Administration to act, particularly in any way similar to the way it did for the Arab “Spring” of Egypt and Libya. Since Khartoum began waging war on the Nuba in June 2011, advocacy and humanitarian groups warned that if aid was not delivered before the rainy season began to people hiding in caves in the Nuba Mountains and seeking shelter in refugee camps, there would be thousands and thousands that would starve. But although some aid was provided, most aid — to these self-sufficient people who were prevented by bombs and gunfire from sowing crops — was directed for distribution into the hands of the very regime that was starving them.

Now the rainy season is coming to an end, and many fear that once again the UNSC will allow Khartoum to cause deadly delays in any action by suggesting that it will cooperate and then refusing. The September 22 letter demands action by the UNSC to put an end to the Sudanese regime’s aerial bombardment campaign of innocent civilians and its blockade of food to those that are starving. The letter also demands that the United States and the UN seek alternative methods of aid distribution if Khartoum will not cooperate.

Perhaps one of the remaining differences of opinion amongst the 123 groups that came together to send a message to the UNSC is in their amount of faith in the UN! IRD holds out faint hope for strong, decisive action by that body. We signed onto a letter to the UN, African Union and League of Arab States on August 3, 2012, asking for airlifts of food to the starving during the rainy season. On the one year anniversary of Khartoum’s jihad against the Nuba, June 6, 2012, we signed onto a letter to the UNSC demanding sanctions and consequences on the Sudan regime. And on April 24, 2012, just prior to a UNSC emergency meeting on Sudan, we urged an end to the moral equivalency and impunity and impose consequences on Sudan. At the very least, our letters document our actions and the UNSC and the United States government’s inaction. They witness to the stand that we have taken in this one of many avenues of advocacy we travel in our fight against genocide in Sudan.